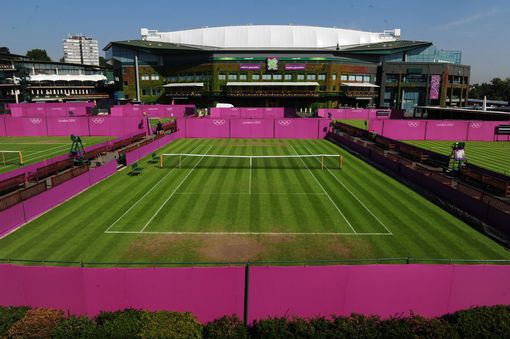 There were no shortage of environmental concerns surrounding the 2008 Summer Olympics in Beijing – the smog, algae, choking traffic, and alarming increase in demand for energy were all pointing to a potential environmental disaster. Beijing successfully avoided a green nightmare – and simultaneously, Vancouver 2010 was put a stake in the ground around moving from a ‘green’ to a ‘Sustainable’ Winter Olympics. So the London 2012 Summer Olympic Organizing Committee knew they no choice but to follow through on their radical promise to host a truly sustainable Olympic games.

With initiatives ranging from local community work, travel, and waste management, the London 2012 Organizing Committee integrated sustainability into many aspects of the Games.  However, as avid tennis fans, nothing caught our attention more than the initiatives at Wimbledon Stadium where sustainability was a hot topic.

This year’s Wimbledon organizers faced an astounding sustainable supply chain challenge.  In order to meet the estimated demand for Wimbledon’s famous strawberries and cream, over 61,730 lbs of English strawberries needed to be picked and delivered to Wimbledon stadium.  These strawberries weren’t of any old variety.  The official Wimbledon strawberries are Grade 1 English strawberries from specially registered farms in Kent, thus supporting local, seasonal and organic produce while giving consideration to healthy eating, sport, and well-being.

Rainy days at Wimbledon are somewhat of a tradition.  Despite the cold weather, Wimbledon has undertaken a thorough review of heating, ventilation, and air-conditioning systems and controls as a part of a strategy to develop and implement a long-term energy/carbon reduction strategy.  This includes investigating opportunities for on-site solar PV, solar water-heating and biomass.

The successes of Vancouver 2010 and London 2012 have gone a long way to integrating sustainability into mainstream culture and sporting events.  Although the London 2012 Organizing Committee successfully branded the 2012 Games as the “most sustainable games ever”, it fell short of several of its ‘green’ goals, including delivering 20 percent of electricity during the Games from new local renewable sources.  Interestingly, many corporate sponsors made good on their “sustainable vision” for the Olympics.   Dow solutions are helping enable more sustainable Games in several ways. The resin flooring system for the Eton Manor water sports facility is created from Dow epoxy products with low volatile organic compounds (VOCs), which reduces health risks and improves environmental safety. The resin flooring system will remain at Eton Manor after the Games as the center transforms into a unique mix of sporting facilities.  Indeed, it is often the smaller, and more measurable sustainable goals that when delivered create a larger impact.

We applaud London’s efforts and particularly some of the innovative programming at the Wimbledon Tennis Club. Now the torch is passed to Sochi 2014 and Rio 2016 respectively. We’ll bring updates on their goals and progress in the coming weeks.